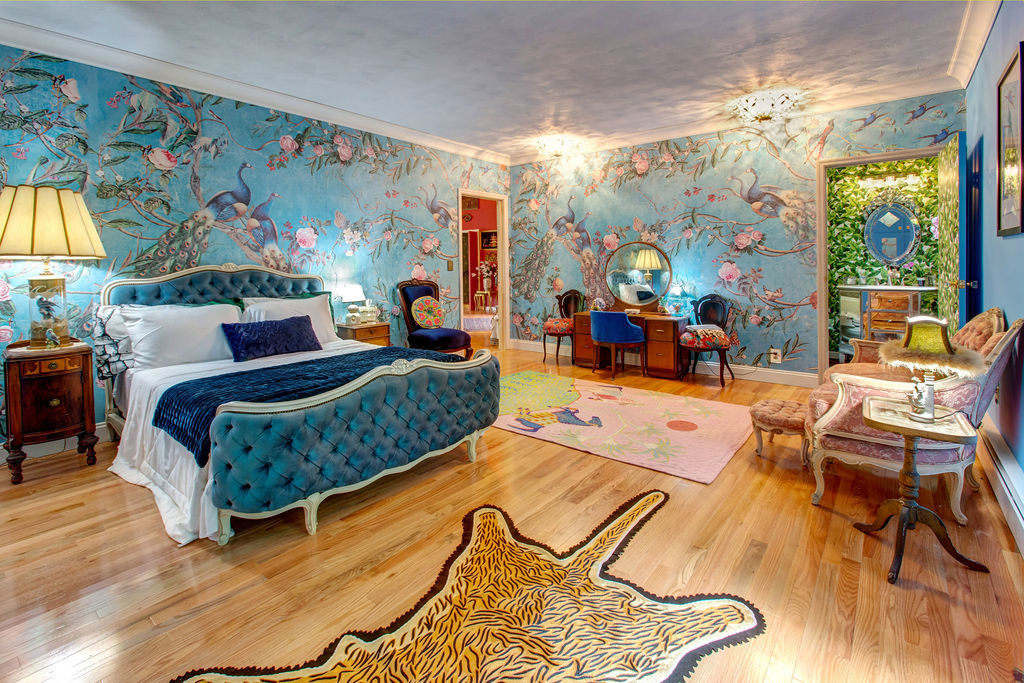 Driving down Route 30 toward Roxbury, New York has many perks—beautiful foliage, rolling hills dotted with grazing cattle, and pristine open spaces—but if you make a quick turn up Scudder Hill road before hitting the village, you may see something a bit odd. Neon sculptures of angels, cherubs, and a bright cobalt blue Mother Mary peer down at you along the gravel driveway leading to two massive German Black Forest doors. These unusual attractions are a sign you’ve  found Villa Sposa,otherwise known as Villa Shalom.

The house once belonged to Father Bob, a beloved pastor in the small village of Margaretville, New York. He was known as an incredibly educated man who enjoyed the finer things in life. Along with his elderly mother, he decided to build a European-style villa in the heart of the western Catskills wilderness, and Villa Shalom was born.

The villa was built with acoustics in mind, as Father Bob loved music and live performance. Sound can travel throughout the structure incredibly well, and many local townsfolk were invited to parties and concerts he would throw.

However, it was not to last. Father Bob and his mother both died, and the villa was gifted to a convent of Messianic nuns who used it as a summer retreat for a few short years. Eventually, the building was put up for sale and the wilderness began to overtake it until it caught the eye of a local entrepreneur.