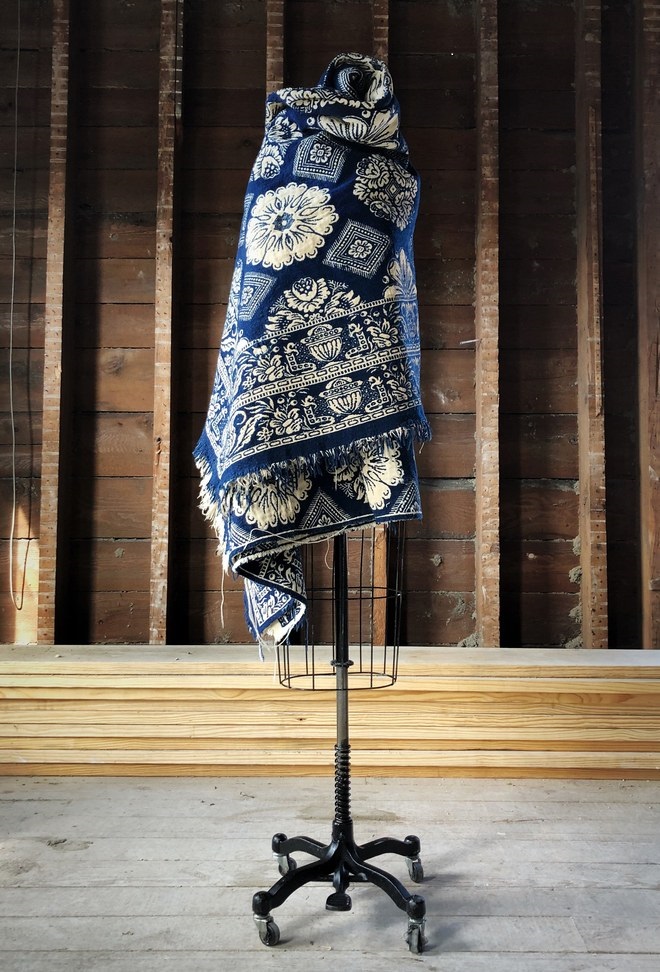 By  LAIRD BORRELLI-PERSSON for Vogue Magazine.

Gary Graham is a history-loving designer storyteller with a Gothic streak, and his work, which is included in several museum collections, often has a deconstructed Miss Havisham quality. A graduate of the School of the Art Institute of Chicago, Graham worked as a costumer before launching his own line in 1999. Despite successes, which included being picked up by Dover Street Market and Barneys New York, and becoming a 2010 CFDA/Vogue Fashion Fund finalist, last December the designer shuttered both his label and his Tribeca shop. “Things just didn’t line up ever,” says Graham, who has relocated to upstate New York, where he’s enjoying the freshness of nature’s bounty and, he says, not having to “get a permit for every little thing I do.”

Having settled in, Graham has developed a new way of working at a remove from the traditional fashion system, which is currently in a state of turmoil. Asked to identify what’s “broken” about the industry, Graham notes that “the glamour of going into the store and paying full retail is really diminishing.” That makes sell-throughs challenging. The issue, he thinks, is that customers are wise to the real price of things (wholesale versus retail) and have been conditioned to wait for the sale. This is in contrast to the ritual and longing that created desire around attainment that he once knew: “I grew up in the ’80s, and we would go into IF boutique and save up for a Gaultier something or other,” he recalls.

Graham’s fans can now get their hands on one of his one-off designs online: He’s back in business as GaryGraham422. His new jackets and coats are handmade from vintage textiles (or ones made in collaboration with local mills inspired by historical materials) in modern and romantic shapes. “So you’re getting history,” he says. Each garment comes with a labor card that documents the textile’s provenance and who worked on it for how long. This personal touch is in keeping with a new sense of connectedness the introspective designer is feeling.

The 422 in his new business name refers to 422 Main Street, in Franklin, New York, the address of the historic 19th-century former bank and trading post he and his partner, Sean Scherer, the proprietor of the wondrous curiosity shop Kabinett & Kammer, formerly in Andes, New York, now own. Graham is currently renovating a light-filled atelier above what will be his storefront. “My studio [in Tribeca] was under my store, so I was living a subterranean life for a long time,” notes Graham. “I wanted a place where I could work and have sunlight and fresh air, and that had a lot to do with just being with someone else who is also creative; having that support is really important.” As is the opportunity to see Graham’s work in a new light