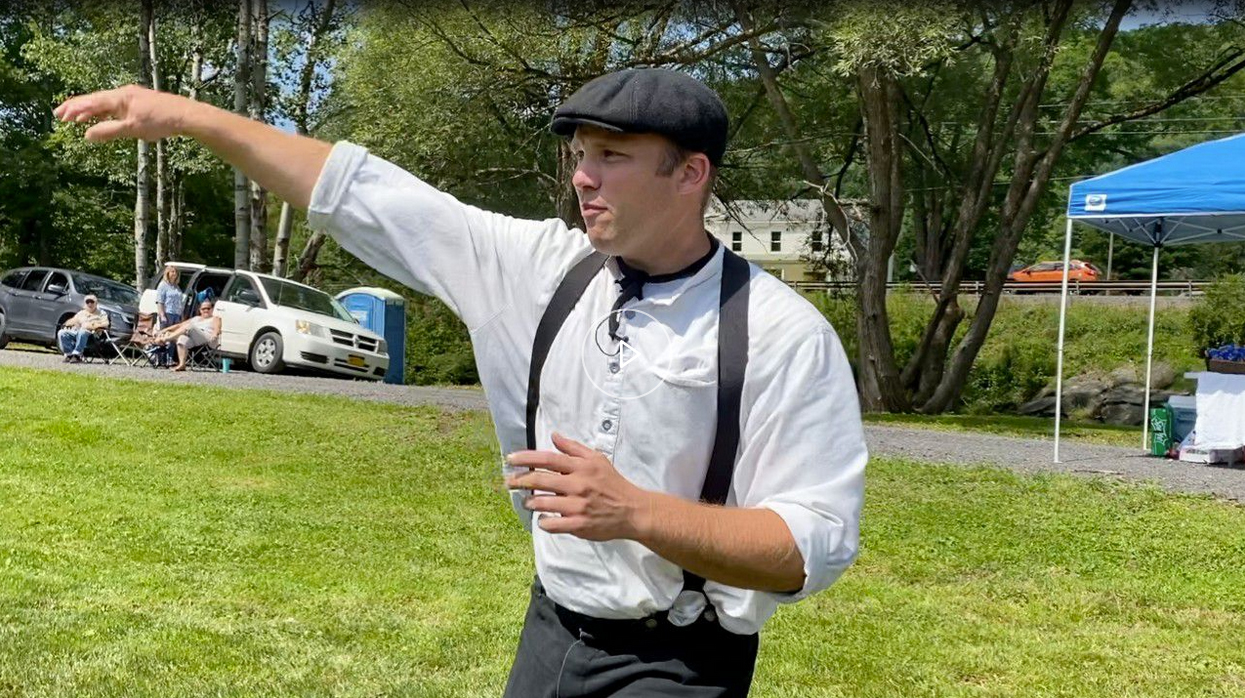 Suspenders and pillbox hats on an 80-degree day. That’s the attire for the Bovina Dairymen.

“This is vintage baseball. That means baseball played by the rules and the uniforms of the 19th Century. Today we’re playing by the rules of 1895,” Nick Frandsen said.

It’s almost time to play ball at Creamery Field. The Dairymen are one of more than 200 vintage baseball teams across the country. They were founded in 2008 and taken over ten years later by Nick “Roughcut” Frandsen.

“It’s a beautiful thing is what it boils down to. It’s a more communal feeling than pro baseball,” Frandsen said.

Over a dozen weekends, they come together to play America’s favorite pastime. For Nick, a former Marine, it’s a special brotherhood.

“This thing really made it okay for me to move home to kind of have this fraternal organization that I get to be a part of,” Frandsen said.

Before the first pitch, Nick has to do some of his manager duties, like reading the lineup, going over ground rules, and a fan favorite, singing the National Anthem. The rules vary week by week.

“The farther back in time you go, the more different the rules get. In the 1860s, they pitched underhand and you could catch a ball on one hop and it was an out. Before that, there just weren’t balls and strikes, so an at-bat could last like 40 pitches,” Frandsen said.

But the love of the game doesn’t change, no matter what decade those rules are from.