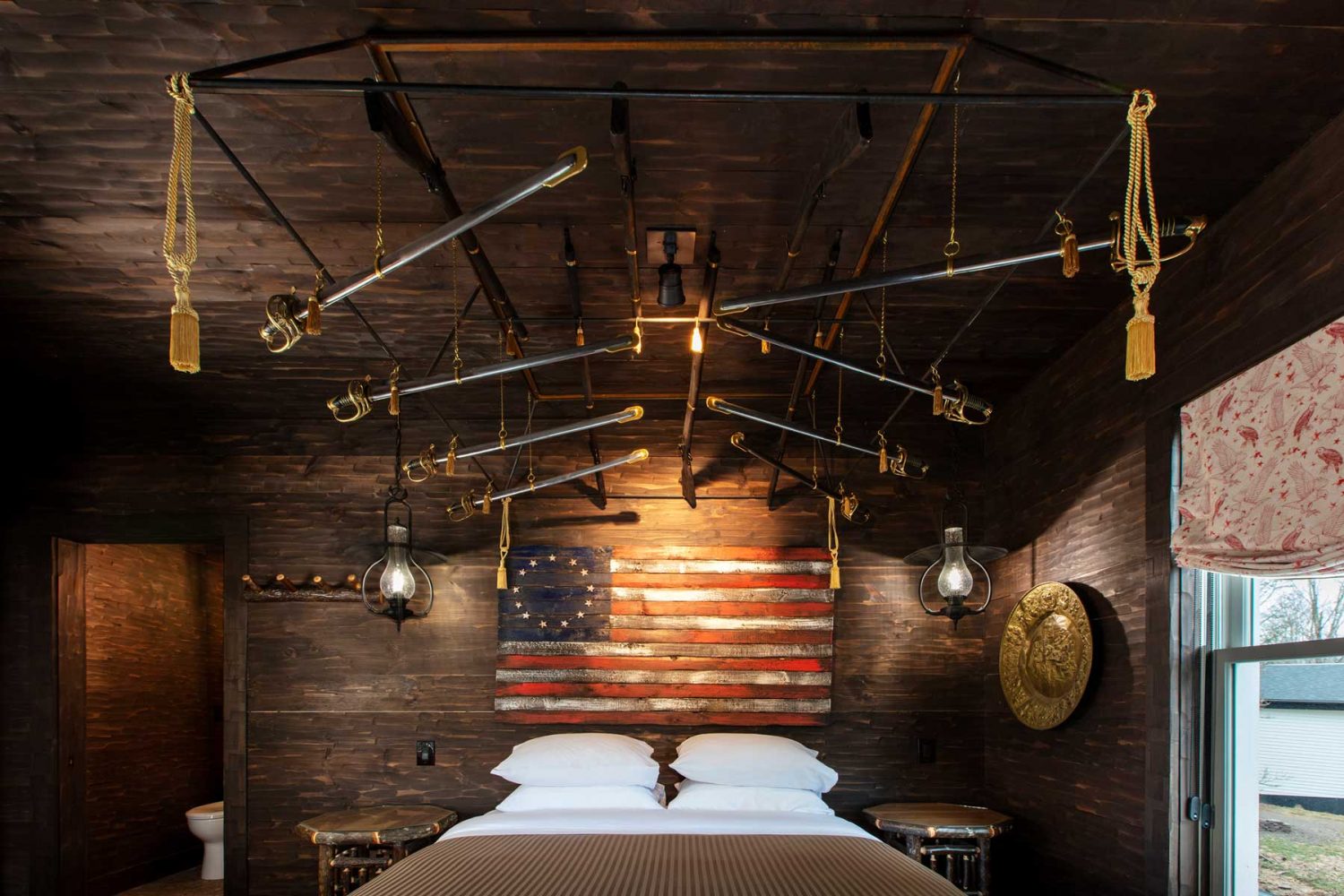 If You Love ‘Hamilton,’ Stay in This Revolutionary War-themed Room in Upstate New York in Travel + Leisure

The Roxbury at Stratton Falls has an incredible room that history buffs will swoon over.

Don’t throw away your shot at a truly unique stay in New York’s Catskill Mountains.

As the world waits for the very exciting premiere of a filmed version of Lin-Manuel Miranda’s Broadway hit Hamilton on Disney+, there’s one place in the historic Catskill Mountains that will truly immerse history buffs in the time of Alexander Hamilton himself.

One of the mansion rooms at The Roxbury at Stratton Falls pays tribute to two of Hamilton’s contemporaries, the Stratton brothers, who fought in the Revolutionary War together. After the war, the brothers allegedly traveled through the wilderness from Connecticut to New York’s Catskills Mountains and settled at a gorgeous waterfall (now called Stratton Falls).

The room blends modern comfort with historical decor, so don’t worry, you actually won’t be sleeping like they did in the 18th century. The room features log-cabin style décor, a custom musket-and-saber bed canopy over a queen-sized bed, a walk-in shower with a 10-foot high ceiling, a refreshment station with dorm-size refrigerator, microwave and coffee machine, and of course, sweeping views of the Catskills.