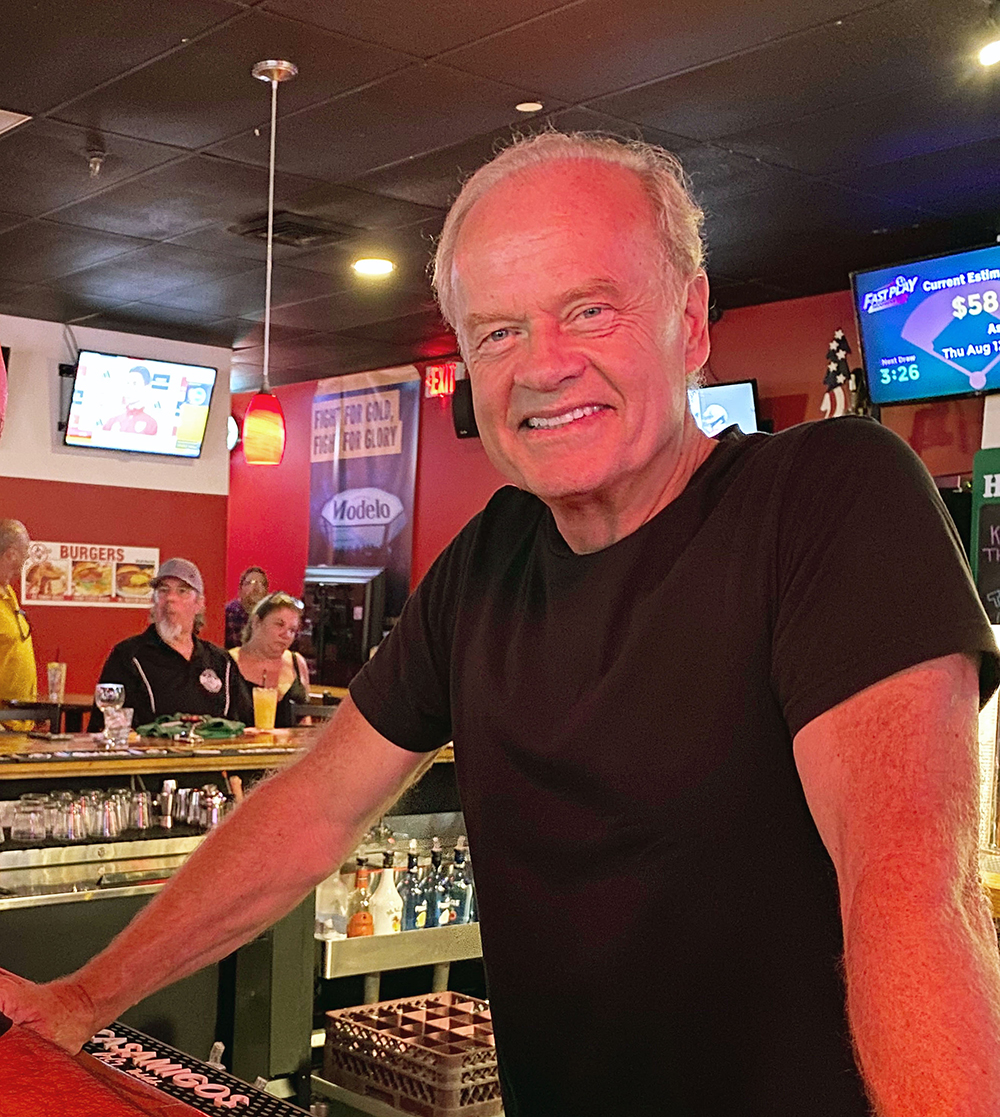 Kelsey Grammer, who spent much of his early years sitting on a barstool, has returned to his roots.

The actor, recognized by many as either one of Sam Malone’s beloved patrons in “Cheers” or simply as radio psychiatrist Dr. Frasier Crane in its spinoff “Frasier,” stirred headlines in 2015 when he transformed a property in the Catskills area of upstate New York into Faith American Brewing Company. His goal was to generate economic activity for a place he spent his “most precious” days as a boy.

The 66-year-old told FOX Business the dream had long been brewing.

“I bought it 30 years ago,” he explained. “I used to spend Thanksgiving in this area when I was a kid with my granddad, so it’s a special place for me. I cherish this area, the Catskills. And I found this great piece of land up there.”

According to the star, Delaware County had once been a thriving cauliflower and dairy farm before it fell under hard times over the years.

“Anybody that’s been there, that’s had a childhood there, packed crates of cauliflower during the summer in between school years,” Grammer chuckled. “It’s a focal point in the contemporary history of that area, and it’s defunct… So I thought, ‘What can I do to change it, to lift it back up a little bit?’ I walked into this dairy barn one day, which is 100 yards. It’s giant. I thought, ‘We could brew beer here.’”

“It’s no accident that it’s called Faith American,” he explained. “My daughter’s name is Faith, but there’s also action in faith. Faith is something you have to fight for. We fought for this beautiful child in our lives, and she’s our first child. And the idea of America is still something I’m willing to fight for. So faith in America, we’re still doing it… I’m very proud of it.”

Grammer began brewing the beers in 2019 but shut down production during the pandemic, Forbes reported. But with production ramped back up, the brews are being distributed in New York and New Jersey. According to the outlet, Grammer plans to begin hosting events at the taproom he’s built on the property.

Grammer is aware that his celebrity has shined a bright light on the company. While many fans on social media were brimming with excitement at the prospect, others wondered whether a star-led booze business would be worth the price. Still, he said the product speaks for itself.

In 2019, Grammer was behind the bar to kick off the Faith American Brewing Company taproom in the tiny village of Margaretville, NYUP.com reported.

“I’m not a brewer, but it’s a beer I describe to the brewers,” he explained on his involvement with the products. “I say, ‘Can we do this? Do you think we can do this?’ I’ve got a call… with one of the brewers I work with to try to target what they call a hazy IPA. That’s going to be our next flavor. But I’ll describe what I want it to taste like. And it’s usually a metaphor. I want this to taste like a summer’s day, the moment you put that ice cube on the back of your neck. And they’ll say, ‘I can’t do that.’ Or, ‘I can do that.’ And then we come up with something… That’s the process.”

“We’ll try a little test brew,” he continued. “If I don’t think it’s quite hit the mark, I’ll give a couple more notes. I’ll say, ‘Cook it a little lower or try this.’ Or, ‘I don’t care for that much caramel color in it. It doesn’t have to be this way.’ I have great attention to detail and flavor. And all of our beers are gluten-reduced because I have a little gluten sensitivity. So I thought, ‘Why not just take it out?’ So we do. I never thought I even liked beer honestly, but now I’ve sort of fallen in love with.”

It’s been a long journey for Grammer when it comes to his history with alcohol. In 2016, the Emmy Award winner told the U.K. Times that he’s a “reformed drinker” after previously quitting Alcoholics Anonymous because “drinking is not a vice.”

And for Grammer, he said Faith American Brewing Company is more than just cracking a cold one. He said the project has given him the chance to give back to Delaware Country, a place that continues to give him peace.

“Oh it’s wonderful,” he shared. “There’s a moment that happens there whenever we visit. Besides the natural beauty, we’ve got a swimming pool, four-wheelers and all kinds of stuff. We run great trails with views. But there is a moment that happens, after a beer or two, and you’ve had that barbecue. The moon’s going over the hill. Suddenly, a canopy of stars shows up as the finale of the evening. You just forget. I’ve forgotten how many stars there are in the sky until you sit underneath them in this incredible environment. And it’s just breathtaking. That’s one of my favorite moments.”

It’s a far cry from Hollywood – and this star wouldn’t have it any other way.

“I haven’t seen a star in Hollywood except the ones walking on two feet for a long time,” he chuckled.

And today, Grammer is eager for what the future holds. Curious customers can currently pick up a Faith American Ale, which is described as “your everyday beer” with an ABV (alcohol by volume) of 4.8%, as well as Calico Man IPA, featuring an ABV of 6.9% that “goes down smooth and leaves just the right amount of bite from the hops.”

“I want everybody to get together, have a beer and enjoy it,” he said. “It’s really good beer.”

As for launching a sherry that’s Dr. Crane approve? Grammer is putting that on ice.

“I have not,” he laughed when asked if he would consider creating one. “When I really do my celebrity alcohol, it’s going to be a sherry.”