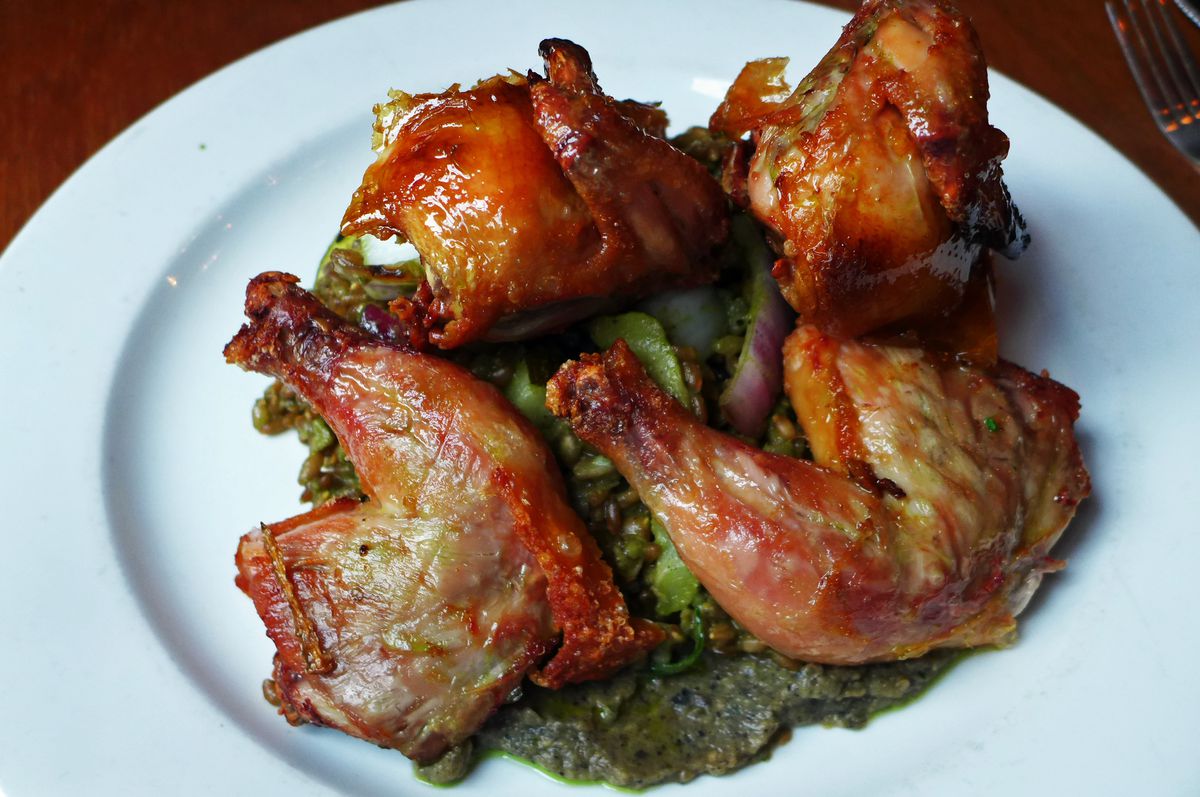 Every summer, a friend and I drive up to the Catskills to scour the countryside for new hickster restaurants. What’s a hickster restaurant? Usually run by city expats who’ve moved to the country to escape high rents and harried lifestyles, these restaurants resemble bistros found in Brooklyn neighborhoods like Williamsburg, Gowanus, and Fort Greene. While the traditional Catskill eatery is a greasy spoon diner or an archaic southern Italian restaurant, these places are serving up avocado toasts, kale salads, and little wood-oven pizzas topped with squash blossoms and arugula.

This phenomenon has its humorous side, as the newly minted mountain men and women struggle to live in a locale with few Rite Aids and no Shake Shacks. But the proximity to actual working farms, elimination of costs attributable to distributors and wholesalers, and very, very cheap rents create an atmosphere in which establishments devoted to sustainability and locavorism can hold their heads high and thrive.

Yes, you can find dozens of hickster restaurants in gateway cities like Hudson, Kingston, and Woodstock. But we motored over the mountains, through picturesque valleys and past burbling streams, to the more remote western and northwestern part of the range, a three- to four-hour drive from the city. There in the village of Delhi (pronounced “Dell-High”), we found Goldenrod, located at 53 Main St.

Situated on the main drag of a village larger and more prosperous than most, due to a SUNY branch on its outskirts and a lovely location on the West Branch Delaware River, Goldenrod occupies a three-story frame structure, shared with a cooperative grocery store. Goldenrod — named after a brightly colored weed and not a villain in a James Bond movie — has replaced former tenant Quarter Moon Café, at least temporarily.

Here’s a first for a hickster restaurant: Goldenrod is operating as a summer pop-up, having debuted in early June and scheduled to close “sometime in October,” according to owner Carver Farrell. It’s also open Thursday through Sunday. The restaurant strives to only use products from surrounding Delaware County, which is weather dependent. “When late October rolls around, all we’ll have to serve is meat and pickles,” he says.