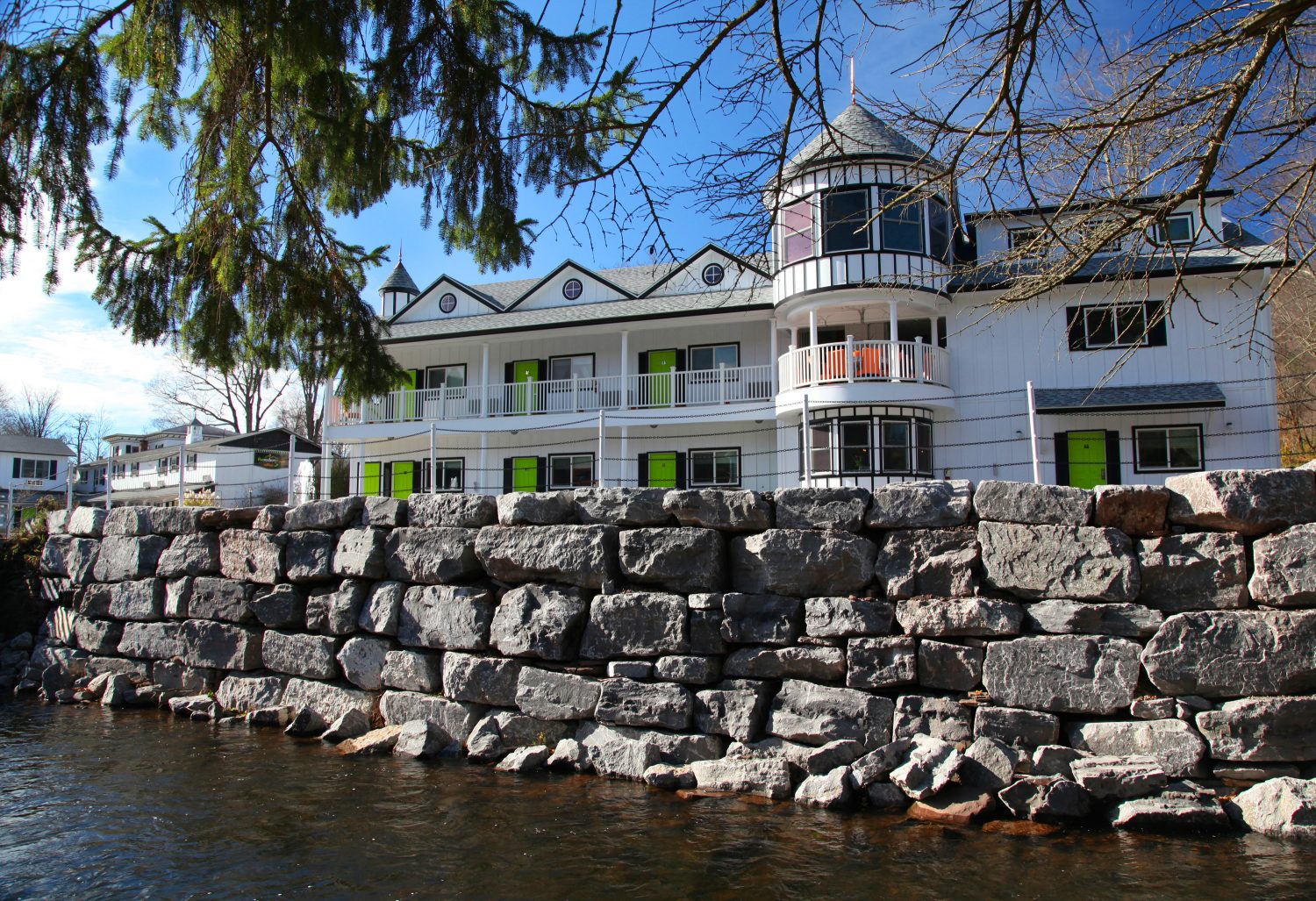 A Night at the Roxbury: Themed Catskills motel will take you out of this world on NYup.com

There is a place nestled among the picturesque Catskill Mountains that can turn your fantasy into reality.

It’s the themed Roxbury Motel, where each room or suite is like living on the set of a TV show or movie from the ’60s, ’70s, and ’80s. For nerds, there’s a “Final Frontier” suite which has a fiber optic-shooting star light show. Remember the character Mary Ann from Gilligan’s Island who had more practical skills than Ginger? Well, there’s a “Maryann’s Coconut Cream Pie,” island room with a ceiling of whipped cream. Wizard of Oz lovers can sleep on a bed where a yellow brick road goes right through the center of the room and ends at a wall-size painting of the Emerald City.

The Roxbury Motel looks like an average motor inn from a glance on the outside – until you notice its lime-green guest room doors. Located in Delaware County on 2258 County Road 41 in Roxbury, the motel is about an hour-and-a-half drive from Poughkeepsie.  Originally a basic roadside motel, owners Greg Henderson and Joseph Massa bought the place in 2003. They renovated the 11 rooms and added two multi-million dollar wings bringing the total to 28 rooms and suites, plus a spa.

For the extensive photo gallery at NYup.com click here.