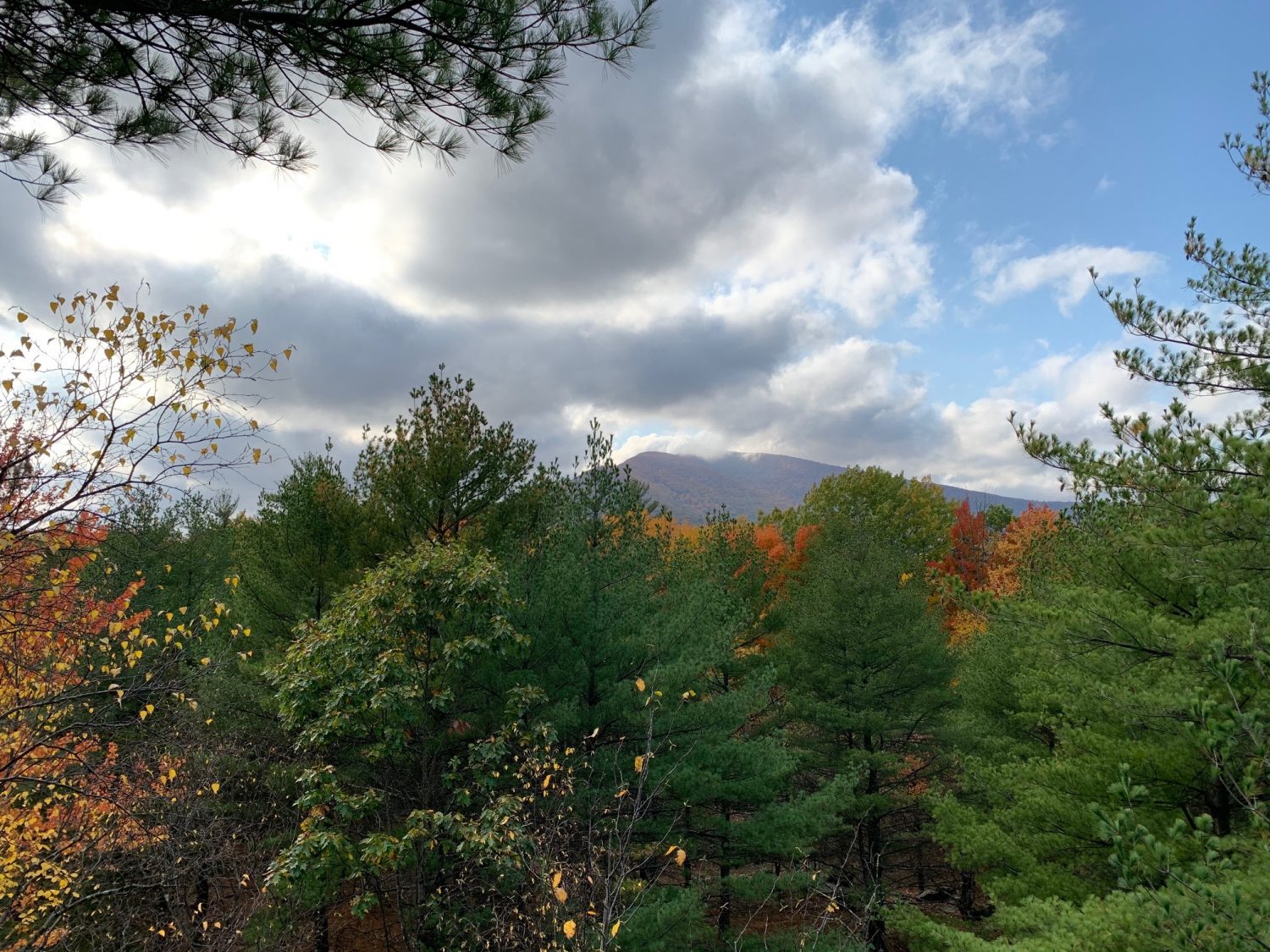 This is a 3 mile trail, named after the beloved character in the children’s novel My Side of the Mountain  by  Jean Craighead George, which was set near Delhi NY.  The trail starts at the end of Sheldon Drive near the high school in Delhi. After a steep climb the trail passes through varied vegetation, offering views of  the village.  It then proceeds west near the ridgeline of the mountain, then finally descending to meet the Bulldog Run Trail.  Continue on the trail or follow the Bulldog Run Trail to the Immanuel Lutheran Church Trailhead.  The trail ascends 550 feet and is considered moderate-difficult.

The Delhi Trails are a system of four trails on Mt. Crawford in the Village of Delhi. Built and maintained by the Catskill Mountain Club, The trails, two named for characters in the novel My Side of the Mountain by Jean Craighead George and one in honor of the Delaware Academy mascot Bulldogs, together cover about 5.4 miles and offer the option of shorter hikes of varying degrees of difficulty. The longer Gribley Trail crosses the mountain ridge above the village in three miles. The Bulldog Run can be combined with a section of the Gribley to create a loop hike.  The Frightful Falls Trail is a short connector, the steepness of which makes its name seem appropriate.  And the Smith Pond Trail sits in the river valley on the west side of SR 28.