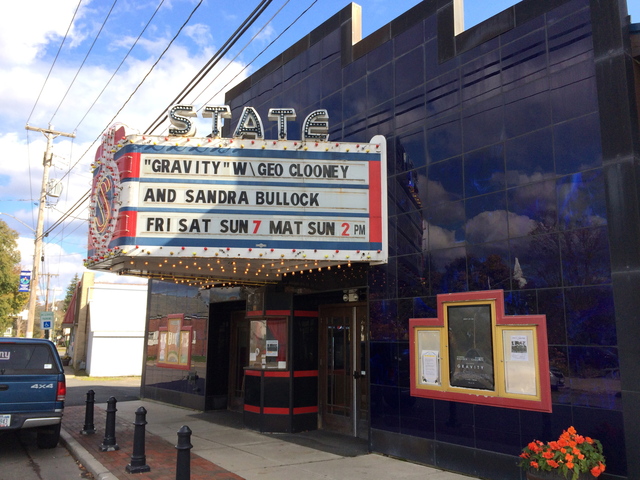 The State Theater in Deposit has an incredible hard-luck history. It was built in 1937. Suffered a roof collapse from heavy snow in 1985. Rebuilt and reopened, a fire destroyed everything but the marquee and facade in 1994. Rebuilt and reopened, the theater was inundated in the 2006 flood. It is one of the few 1930’s glass front theaters still in use in the entire United States.

Visit this distinctive, single-screen theatre for an experience you will not forget. It also hosts a full performing arts stage, and a vintage popcorn machine will full concession stand. And it hosts events such as parties, senior citizen private viewings, group showings, meetings, community events, and fundraisers.